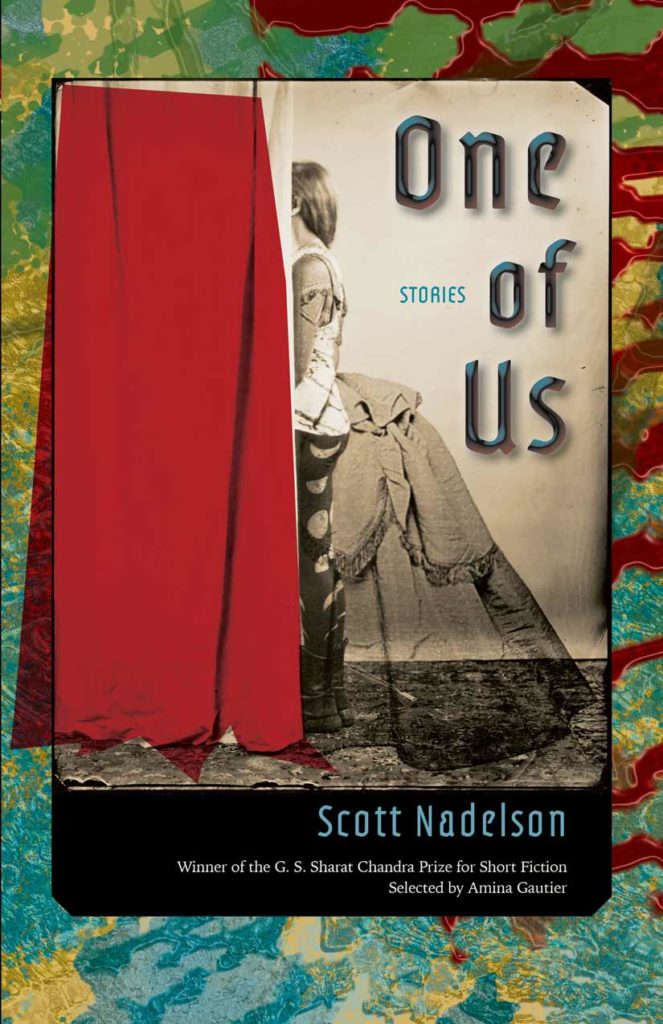 The story “Liberté” from One of Us is included in Best American Short Stories 2020, edited by Curtis Sittenfield.

Whether probing the aches and bafflements of suburban adolescence or bringing the horrors of history to life, Scott Nadelson’s stories are always finely tuned and full of surprises. Small moments lead to big questions about what it means to be a man, an American, a Jew, or—inevitably—all of these things at once. When we say someone is One of Us, who is the “one” and who is the “us,” and what do they—what do we—owe to each other? Every story in this wise, heartfelt, moving collection addresses this complicated question, which may ultimately be unanswerable. But Nadelson has done the crucial thing, which is to ask and ask and ask.
Justin TaylorRiding with the Ghost
Striving artists. Delinquent boys. Rival neighbors. Couples who suddenly discover that “nothing as ecstatic as love’s first flare ever lasts.” In Scott Nadelson’s stories, these memorable characters either are “one of us” or outcasts trying to find their way back into the pack. Along the way they force themselves and the reader to pose the question, “Is this a world worth thriving in?” One of Us offers a rich array of surprising character-driven plots and is a perfect example of storytelling at its best.
Rita CiresiSometimes I Dream in Italian
The stories in One of Us kept knocking me off my feet and pulling me back up, drawing me in with their heart and intelligence, then flooring me with unexpected moves. They are wonderfully wide-ranging—leaping from past to present and back, as apt to gentle a figure out of history as to explode with immediacy—yet they are all linked by a clear-eyed honesty, a sense of wonder and dread, an ability to land suspense with surprising weight. These are ripping good tales by a remarkably gifted writer.
Josh WeilThe Age of Perpetual Light
Scott Nadelson deftly maps individual human hearts and lives against the broader landscapes of geography, history, religion, and class. These are rich, wise, remarkable stories that do justice to the complexities of identity and belonging.
Caitlin HorrocksThe Vexations
Previous
Next

Scott Nadelson grew up in northern New Jersey before escaping to Oregon, where he has lived for the past twenty-four years. He has published four collections of short stories, The Fourth Corner of the World, named a Jewish Fiction Prize Honor Book by the Association of Jewish Libraries; Aftermath; The Cantor’s Daughter; and Saving Stanley: The Brickman Stories; and a memoir, The Next Scott Nadelson: A Life in Progress. His novel Between You and Me was published by Engine Books in 2015.

Winner of the Reform Judaism Fiction Prize, the Great Lakes Colleges Association New Writers Award, and an Oregon Book Award, Scott’s work has appeared in a variety of magazines and literary journals, including Ploughshares, The Southern Review, New England Review, Harvard Review, Glimmer Train, and Crazyhorse, and his work has been cited as distinguished in both the Best American Short Stories and Best American Essays anthologies. He teaches at Willamette University, where he is Hallie Brown Ford Chair in Writing, and in the Rainier Writing Workshop MFA Program at Pacific Lutheran University.